Wendla Bergmann is the female lead of the Spring Awakening play and musical, and the tritagonist overall. She dies in both from a botched abortion.

Wendla Bergmann (May 5, 1878 - October 27, 1892) is a 14 year old girl living with her mother in Germany. Her father is not mentioned. Wendla is naive about adult relationships but very charitable and kind. Wendla is close friends with Martha Bessell, Anna and Thea. She has an older sister (Ina Muller) who is married with two children, she is the daughter of Frau Bergmann, and childhood friends with Moritz Stiefel, Melchior Gabor and Ilse Neumann. Wendla is the female lead of the play and the musical and dies in both. Lea Michele played Wendla in the Original Broadway Cast. In the 2015 revival, she was portrayed by deaf actress Sandra Mae Frank and hearing vocalist Katie Boeck.

The play opens with Wendla, who has just turned fourteen. Desperate to understand sex she asks her mother multiple times before her mother turns her away, telling her to ask her when she's older

Next, we see Wendla with her friends discussing Martha's home life, she tries to comfort Martha, but does not truly understand her pain. To help herself understand she asks Melchior (who finds her daydreaming as he is walking through the forest) to beat her with a stick. First, he is reluctant but soon loses his temper and lashes her hard, many times, before running off.

In the musical, there is an additional scene before this when Wendla meets Melchior in the forest and the two discuss church and some socialistic ideas about Industry. There is a clear attraction between them though they are both awkward and uncomfortable. Melchior repeatedly advances upon her, trying to hold her hand and make her stay with him longer, and although she is unsure and clearly reluctant, she relents.

Wendla is unaware of how sex works, but no longer believes in the stork, as her mother wants her to. This is shown straight away in the musical, however, takes a little longer for the play to express this.

In the musical Melchior advances on Wendla after she comes to comfort him, feeling as though he can not be blamed for her own masochistic desire and his sadistic expression. Wendla, who is interested in Melchior, is scared and unready for sex, causing her to panic as she does not understand what is happening. She eventually relents (particularly upon him mentioning love and her earlier words about wanting to "feel something"), and the two have sex.

In the play, Wendla had a crush on Melchior but does not appreciate his advances on her in the hayloft; her protests, however, only spur Melchior on, as he assures her that love does not exist and his raping of her is perfectly fine and acceptable.

The scene leads to Wendla getting pregnant with his child, in both the play and the Musical

Wendla's mother finds a letter addressed to her from Melchior, she discovers her daughter sexual intercourse, and tries to fine Judge Gabor (Melchior's Father) as well as enlighten him on the situation. Frau Bergmann scolds Wendla for acting in such a manner. Wendla defends herself in saying it is her mother's fault for not telling her everything.

The scene of Whispering is used as a counterpoint for the exposition of Melchior's parent's decision to send him to a reformatory school. Steven Sater and Duncan Sheik barely altered the song from the demo to the final, aside from these lyrics:

Had a sweetheart on his knees

Had a sweetheart on his knees

So let that be my story

This change gives her ownership over both her journey and her sexuality. Sater commenting on this in his preface

"From the top of Act Two, we wanted to see Wendla con­fusedly awakening to her own womanhood, owning her love­ making, claiming her part of the pleasure. Where Wedekind gives her an Ophelia-like morning after, our young heroine celebrates in song the sweet unknown world she's just dis­covered."

Wendla's journey ends with her being given a botched abortion by Mother Schmidt, at the cost to her life. Although that his her last appearance in the play, she appears once more in the musical. Wendla appears as a spirit to support Melchior, and guide him to choose life and love over his previous highly rationalist approach to the world.

Wendla is sweet and very innocent, but she has a streak of defiance and some dark undertones to her personality. She's fascinated with death, specifically her own, and her desire to experience real, intense emotions and sensations sometimes drive her to take drastic measures. Most importantly, she's a teenager discovering herself and coming into her own for the first time. Though she cannot articulate it (seen in the opening number Mama Who Bore Me), she is very repressed by her situation and resents it. She wants freedom and independence and equality with men. That being said, other readings of the script show a willful innocence to Wendla in order to prolong her childhood and this is not necessarily inaccurate either.

She is attracted to Melchior, both romantically and sexually, and him to her. There is a kinship between them in both the play and the musical as they understand each other well intellectually and can have the deep debates that Melchior clearly yearns for.  In the oppressive regime of their heavily censored society, bounded by a strong Christian dogma, the relationship between Melchior and Wendla was doomed from the start. A major point to Wedekind's play is not that Wendla and Melchior are incompatible but that the society turns their relationship into the fatal rape it becomes.

She is very different from her friends and finds herself thinking more mature thoughts. She is empathetic towards Martha but also wants to experience what she is going through in a twisted sadomasochistic way. She is a bundle of contradictions who is seen as simply titled as a "sweet girl" by everyone around her, a fatal flaw of her society. 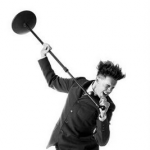 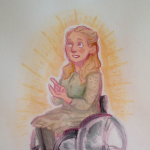 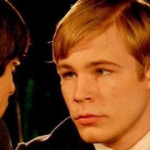